On March 19, 1982, just before the start of class, Clarence A. Piggott, a high school psychology teacher was getting ready for his daily routine when a disturbed student who came to school to resolve a problem he had with a different teacher. In the student’s paranoid schizophrenic state of mind the best solution was to shoot Piggott in the heart with one bullet from a 22-caliber revolver. Lizotte then concealed the gun in the green camouflage jacket he always wore and m 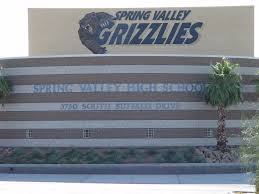 ade his way through the very crowded hallways of Valley High School and onto the residential streets of Las Vegas. Piggott had once warned students to lay off the student, because if he ever snapped, it would be ugly. It seems that people knew that there was a risk, but other than Piggott few reached out to help. Piggott died without saying a word to anyone, only holding the hand of a co-worker.

One thought on “The Words No One Expected to Hear – Clarence A. Piggott”