Seeds Of Change
By Rich Shea

Years after the death of a teacher who was assaulted on campus, educators in Lowell, Mass., are reaping the rewards of disciplinary efforts aimed at aiding, not punishing, students. 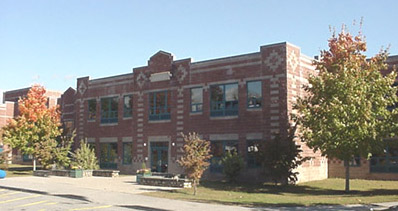 Built nine years ago, in what was once a premier industrial city, the 700- student James F. Sullivan Middle School looks typical. It’s a massive, boxlike structure sitting on a few acres of hilly land in the midst of a middle-class neighborhood. Composed chiefly of brick-colored cinder blocks, it does, however, offer a few unique traits-the green window frames, for example, and the diamond-shaped accents that punctuate the building’s façade. But one detail is more notable than the rest.

At the base of the school’s flagpole is a garden, which, each spring, is overrun with flowers-crocuses, tulips, irises, and daffodils. But by mid-October, there aren’t nearly as many signs of life; in fact, the ground begins to glaze over with frost, the soil to tighten its fingers into a fist. Standing sentinel over the garden is a slab of granite that braves the elements 12 months a year. Inscribed in its smooth surface are these words: “McHugh Peace Garden, Dedicated Oct. 23, 1997. ‘It isn’t enough to talk about peace. One must believe in it and work at it.’-Eleanor Roosevelt.”

Before he died, David McHugh worked at Sullivan, which is located in Lowell, Massachusetts, 30 miles north of Boston. As “behavior modification specialist,” he was a combination guidance counselor, social worker, and disciplinarian responsible for supervising an in-school-suspension program. But four years ago, something terrible happened to McHugh at Sullivan, something that forced district officials to tackle a discipline problem that many Lowell residents felt had reached a boiling point.

“It was the spark that made things go faster,” George Tsapatsaris, the district’s former superintendent, says of the incident. “I think what it did was make the [school] committee more aware of what they wanted to do.” Back then, the committee’s plans to deal with discipline weren’t much different from those being considered by districts across the country. In the mid- to late-1990s, roughly 30 out of every 1,000 teachers and 40 out of every 1,000 students were victims of violent crimes in schools each year, according to the 2000 Annual Report on School Safety. Published by the U.S. Departments of Education and Justice, the report states that, over the past several years, the number of violent crimes has actually decreased. But the fact that 60 percent of the nation’s medium-sized schools, like Sullivan, still report at least one criminal incident each year is not reassuring.

Perhaps even more discouraging is the perception, so prevalent in these post-Columbine times, that schools are unsafe. In the fall of 1997, Sullivan’s reputation was such that one teacher, applying for a job at the time, recalls a colleague saying: “Are you kidding? You are never gonna make it in that school. The kids are crazy over there.”

Middle schools, of course, are easy targets, in part because many people consider adolescents unteachable. So it’s not hard to imagine a violent incident, like the one that took place at Sullivan, crippling a school. But Janet Patti, a former middle school administrator and co-author of the book Waging Peace in Our Schools, says that a healthy recovery is not inconceivable. In fact, if executed correctly, a recovery operation not only heals wounds but also makes a school stronger and, thus, more secure. But you need the right tools. “So much of it,” Patti says, “[depends on] leadership of a school and the building of a community.”

When I visited Lowell last October, I discovered that a districtwide effort to curb disciplinary problems at the middle schools indeed had succeeded, thanks in no small part to an alternative-school program named after McHugh himself. But it was at Sullivan that I witnessed a unique leadership effort, one that puts the responsibility of running a school into the hands of administrators, teachers, and students alike.