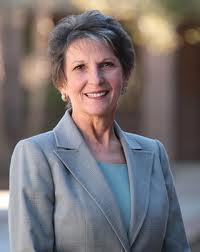 On March 6, 2012 Dale Regan, a 63 year old headmistress of Episcopal School in Jacksonville, Florida, faced a task that no administrator likes to do, release an employee, followed by a long day of back to back meetings. Dale had been a lifelong educator at Episcopal school serving 34 years starting as a English teacher followed by administration. Although she loved her job, and spending time with children and mentoring teachers, having to let one go was never a joy. After months of working with the Spanish teacher on lesson plans, building relationships with other teachers, and encouraging timeliness it was clear that the teacher would not change his ways and was not fitting into the school.

At the beginning of the school day, Dale called the teacher into her office and let him go. He was escorted off school grounds and Dale went off to her first meeting. As rumors started circulating with the student body, Dale’s day continued as normal. At 1:15 while another teacher was in Dale’s office, the newly released teacher came into Dale’s office through a rear door with a guitar case slung over his shoulder.  Standing there with nothing to say for a what seemed like an eternity the disgruntled employee opened the case and pulled out an assault rifle and fired several shots into Dale, then turned the gun on himself. The teacher that was meeting with Dale, yelled “no, no!” before exiting the office to safety.

Dale and the shooter were deceased before the authorities could arrive.