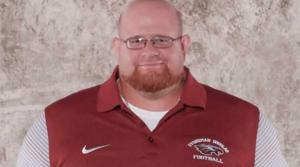 Feis was the epitome of Stoneman Douglas. A 1999 alum, he played center for the Eagles from 1995-98. He returned to his alma mater in 2002 as an assistant coach and also served as the team’s college recruiting coordinator.

“Everybody wanted him,” said Broward County Sheriff Scott Israel, who previously coached with Feis. “Everybody needed him. He was the connection to the kids. Kids would do more for Feis than for others. Why? Because, they didn’t want to let Feis down. They had his six, because they knew he had theirs. He loved the football players.’

“He just wanted to be an Eagle. He had a lot of opportunities; he could have gone to other schools that would have helped him more financially. But Feis was and is an Eagle.”